The Bee Without The Sting

Be the first one to rate! Submit Review 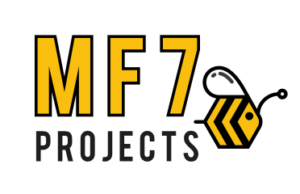 THE BEE WITHOUT THE STING

Black Economic Empowerment (BEE) is a racially selective programme launched by the South African government to redress the inequalities of Apartheid by giving certain previously disadvantaged groups (Blacks, Coloureds, Indians) of South African citizens economic privileges previously not available to them under White rule. It is a form of Affirmative action. Although race is the overriding factor, it includes measures such as Employment Preference, skills development, ownership, management, socioeconomic development, and preferential procurement.

The BEE programme was implemented starting from 2003. It was criticized for benefiting only a narrow stratum of previously disadvantaged groups, and this led in 2007 to the introduction of a modified programme called Broad-Based Black Economic Empowerment or BB-BEE. On 11 October 2013 updates to the Codes of Good Practice of the Broad-Based Black Economic Empowerment were gazetted by the South African Government. These new Codes provided for a transitional period of 1 year 6 months. The changes include the consolidation of duplicate elements such as Employment Equity and Management Control and Preferential Procurement and Enterprise Development. The new Codes have increased the effort of compliance, All companies that manufacture, trade and provide a service must be BEE compliant.
All our BEE consultancy services are based on a sound and proven Methodology designed to address (and cover) all BEE related matters. These methodologies do not only guarantee the maximum score per BEE element, it also challenges thinking patterns and perceptions of management on BEE related matters. Our BEE clients have confirmed that our approach in assisting companies to adapt to the Revised BB-BEE Code, is not only cost effective but also clear and easy to understand.

Rate us and Write a Review